Cicada Life Cycle: What Makes It an Interesting & Unusual Bug?

The amazing lifestyle of this insect was, is and will be a time-immemorial source of fascination among humans. 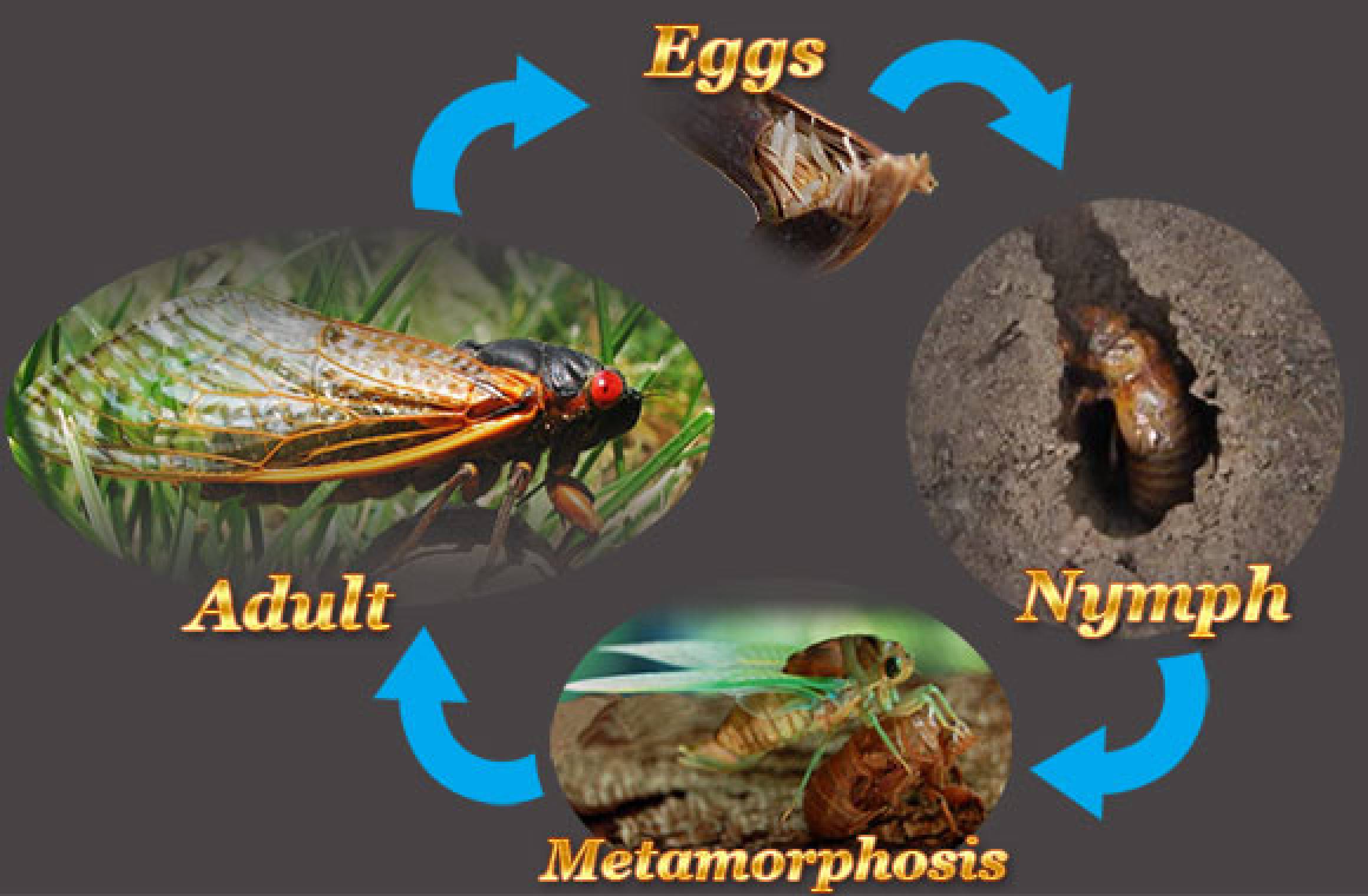 Since ancient times, the Chinese culture, for example, has regarded cicadas as powerful symbols of rebirth.

Indeed, which creatures can either entirely disappear for many years, or just reappear at a regular interval?

There exist some 3,000 cicada species, but only a part of them shares this behavior.

For example, a 17-year-old cicada lives underground for 17 years, so as to swarm and mate above the ground for a few weeks.

Others are simply called 'annuals', because the adults appear every year, particularly 'the dog day cicada'.

Immature periodical cicadas or nymphs develop underground, sucking root plant juices. Within 13 (a 13-year-old cicada) or 17 years (a 17-year-old cicada) in the soil, the mature nymphs emerge and climb right onto some vertical surface or nearby vegetation. After that they molt into winged adults, leaving their shed outer skins (exoskeletons) attached to twigs or tree trunks.

After mating, the female cicadas lay one to several dozen eggs in one branch. Generally, this number can be up to 400 eggs.

Cicada brood remains in the twigs for 6-10 weeks before hatching.

What is newly hatched? These are ant-like nymphs, which fall and burrow 6-18 inches underground to start their cicada life cycle again.

Annual cicadas typically emerge in summer each year, but rarely appear in noticeable numbers. These insects also sing to attract the females and are often captured by cicada killer wasps in the ground.

2. The nymphs have very strong front legs for good digging and constructing an exit tunnel.

3. After mating, the female may deposit her eggs repeatedly, until there are several hundred eggs.

4. Most cicadas live for 2-5 years. The famous 13-year-old and 17-year-old species are the Magicicada and North American genus. Their long life cycles have probably developed as a kind of response to predators.

6. Birds, squirrels, and Massospora cicadina are the biggest enemies of cicadas, as well as praying mantis, cicada killer wasps, and freshwater fish Australian bass. However, some cicada species have a unique defense mechanism known as 'predator satiation'. The insects emerge more brood amount that predators can eat. As a result, the latter become satiated, while the former breed in peace.