Termites are an economically significant group of insects classified as pests. 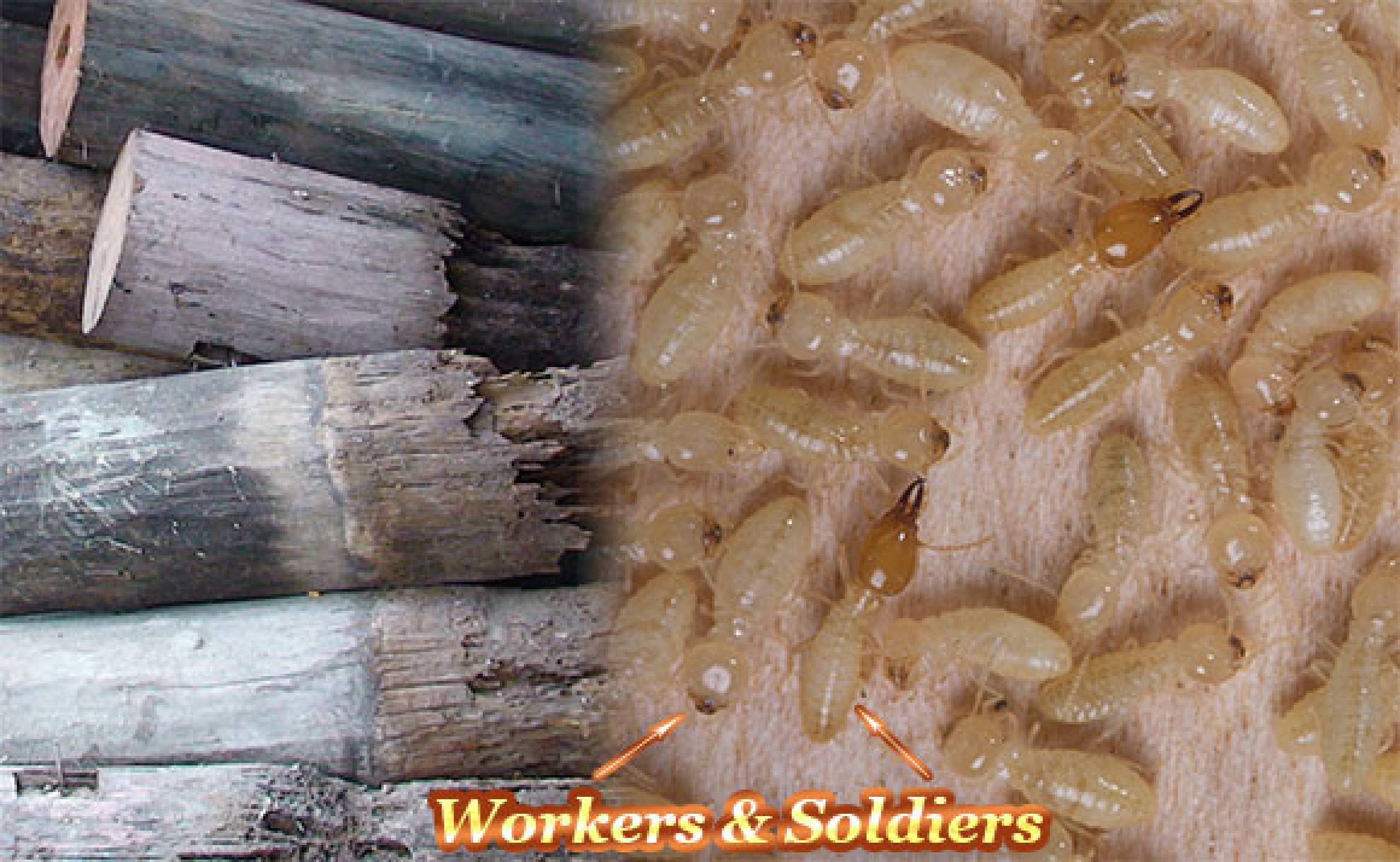 Despite the Australians call them 'white ants', they cannot be related to such for practical purposes.

But like ants, bees and wasps, these insects live in colonies, lead a caste lifestyle, dividing labor but taking care of young collectively.

A typical colony consists of nymphs, soldiers, workers, and reproductive creatures of both sexes.

There have been estimated about 4,000 species, 10% of which cause serious damage to plantation forests, buildings, or crops.

On the other hand, termites are basic detritivores of subtropical and tropical regions.

That said their recycling of various plant matter is of dramatic ecological importance.

Subterranean Termites as 1 of Their 3 Types: The Basics

The workers are light-colored, wingless, and 6 mm long. The soldiers have their heads elongated with mandibles. Dark-colored reproductives have two pairs of equal-length wings.

This is wood & other cellulose materials.

Subterranean termites live in colonies underground and build tunnels in search of food. They nest either in the soil or in the wet wood to obtain moisture. They easily attack their treat both in contact and no contact with the ground. Due to mud tunnels or tubes, the termites overcome a few feet above. In addition, they even enter through expansion joints of concrete slabs or where the utilities enter the house.

It depends on individual species. Typically, there is one primary queen in a colony, but the eggs can be laid by some supplementary reproductives in the established colonies.

In favorable weather conditions, swarmer termites begin mating and then land, shedding their wings in piles. Thus, if there are any that resemble fish scales on the windowsills of your home, for example, infestation has already started. This type of termites builds large tunnels and chambers underground, which are made of mud and saliva. But in order to reach above-ground wood, they keep on constructing their 'castles' on the foundation walls of your home. So, check them too. Generally, winged termites near your house don't necessarily mean the infestation. Anyway, this is always a good reason for further check.

These are 'supertermites', long and massive, aggressive and adaptable. They typically live in the ground and construct nests of soil, wood, saliva, and feces. Their average colony size is 10 million and more, while the native subterranean termite colony numbers up to 1 million.

Ξ 36 Photos of the "Subterranean Termites"